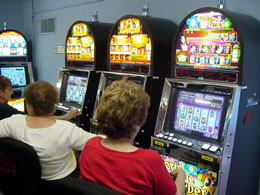 Attorney General Luther Strange got a big win in the fight against gambling–he’s reached an agreement with the gaming equipment companies to pull their electronic bingo machines out of Alabama.

Strange told the Birmingham News, “I hope this is the beginning of the end. I don’t know how the casino owners will react, but the fact that their machine manufacturers have left the state leaves them with very little left to work with.”

The fight against illegal gambling has been the source of much conflict in the state.  Governor Riley formed an Anti-Gambling Task Force to root out those who were not operating within the law.  While he is not utilizing the task force, Governor Bentley and AG Strange have taken a strong stand against gambling in Alabama.  Gambling was also the subject of one of the largest public corruption scandals in Alabama’s history.

Hopefully, the steps Governor Bentley and AG Strange are taking will bring resolution to the issue once and for all.