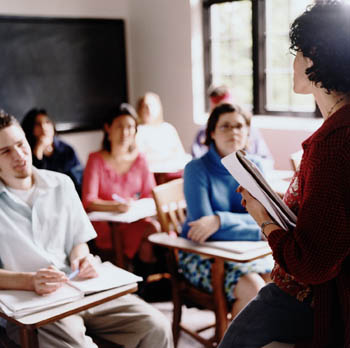 “it would be foolish and irresponsible to place our children’s future in the hands of unelected bureaucrats and special interest groups thousands of miles away in Washington, virtually eliminating parents’ participation in their children’s education.”  He said it “smacks of a federal takeover of our public schools.”

This month, Texas even went so far as to pull out of the Council of Chief State School Officers.

Texas has withdrawn from the Council of Chief State School Officers, an influential Washington organization that is helping lead the push to create common academic standards across states, among its other efforts.

The state’s commissioner of education, Robert Scott, made the decision to pull out of the CCSSO, citing concerns about philosophical differences with the organization, as well as worries about membership costs, a spokeswoman for the Texas Education Agency said.

The commissioner felt that “our values don’t align with each other” on education policy, said Suzanne Marchman, a spokeswoman for the agency. “We didn’t see a return on investment from participating in the organization.”

Eagle Forum has been fighting the CCSI movement here in Alabama.  Unfortunately, unlike Texas, we do not have the support of the majority of the State Board of Education.  On November 18, 2010 the Board voted to adopt the Common Core Standards Initiative.  But we have not given up!  We are continuing to fight the federal takeover of education in this state.  It is encouraging to see Texas leading the way and we hope Governor Bentley and the State Board will take a fresh look at CCSI.