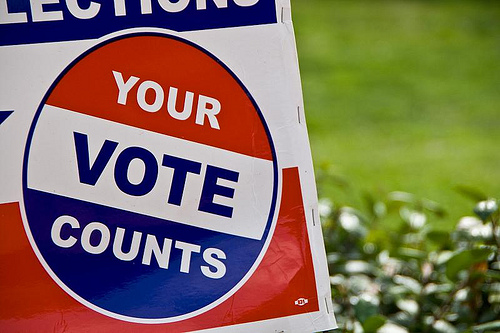 Moving quietly under cover of presidential debates and the enormous publicity given to the race for the Republican nomination is a plan to change how U.S. Presidents are elected. It would bypass the procedure spelled out in the U.S. Constitution which has been used successfully for over two centuries.

The Constitution prescribes how we elect our Presidents. It is a mirror image of the Great Compromise designed by the Constitutional Convention of 1787, which brought together the large and small states by means of a national Congress, with the House based on population and the Senate based on state sovereignty.

Likewise, when the presidential electors meet in gatherings known as the Electoral College, each state’s vote is equal to the sum of its House and Senate representation in Congress. Our Founding Fathers understood that America is a nation of both “we the people” and a federal system of states, so it allows all states, regardless of size, to be players in electing our President.

NPV is an attempt to achieve the longtime liberal goal of getting rid of the Electoral College. Instead of proposing an amendment that would first need to be passed by Congress and then ratified by three-fourths of the states (38), NPV is a scheme to deviously bypass the grand design of our U.S. Constitution.

NPV lobbyists are trying to get state legislatures to enact identical bills requiring their own state’s presidential electors to ignore the winner of their own state’s presidential election, and instead cast all their state’s votes for the candidate whom the politicians estimate received the most popular votes nationwide. That candidate would not need a majority or any certain threshold–just more votes than any other candidate (i.e.-a plurality)

The NPV campaign lets people believe that NPV will elect Presidents who win the majority of popular votes, but that is false. Because of third parties, we’ve had many elections (including three of the last five) when no presidential candidate received a popular-vote majority. Abraham Lincoln won with less than 40% of the popular vote and only our Electoral College system elected him President.

If the NPV lobbyists can get enough states whose votes in the Electoral College total at least 270, they will be able to steal votes away from some candidates, transfer those votes to another candidate, and thereby construct a fake majority in the Electoral College. Eight states and the District of Columbia (with 132 electoral votes; half of the 270 needed) have already joined this NPV “compact” to “activate” NPV: Vermont 3, Maryland 10, Washington 12, Illinois 20, New Jersey 14, District of Columbia 3, Massachusetts 11, California 55, and Hawaii 4.

The NPV slogan “Every Vote Equal” is dishonest because the NPV proposal is based on legalizing vote-stealing. For example, Texas or Louisiana could be forced to cast its votes for a candidate who won more votes in other states, such as New York.

If NPV had been in effect in the year 2000, Al Gore would have become President instead of George W. Bush because Gore received more votes than Bush. It’s a mystery how any Republican could support NPV, and it’s no surprise that the Republican National Committee voted unanimously to oppose NPV because members saw it as unconstitutional and unworkable.

Remember our national trauma as we suffered through recounts in Florida where the margin between Bush and Gore was only about 500 votes? If the election is based on the national popular vote and it’s close, NPV would induce recounts in many or most of the 50 states.

Mexico uses a national popular vote system, and it’s a good illustration of why we don’t want it here. In Mexico’s last presidential election, the candidate with the “most votes” received 35.89 percent while his closest rival got 35.31 percent, a margin of just one-half of one percent. In the months that followed, Mexico was on the verge of civil war as the runner-up held mass rallies attracting millions of his angry supporters.

People who pretend that the Electoral College system is undemocratic are not only ignorant of the history and purposes of the U.S. Constitution, but they probably don’t even understand baseball. Basing the election on a plurality of the popular vote while ignoring the states would be like the New York Yankees claiming they won the 1960 World Series because they outscored the Pirates in runs 55-27 and in hits 91-60. Yet, the Pirates fairly won that World Series, 4 games to 3, and no one challenges their victory.