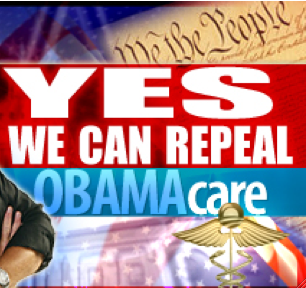 Today marks the 2-year anniversary of the federal takeover of our health care system. A majority of Americans still oppose Obamacare and believe it must be repealed in its entirety.  Unfortunately, Congress hasn’t gotten the message.  The House of Representatives voted yesterday to repeal the Independent Payment Advisory Board (a.k.a. the Obamacare Rationing Board).  This sounds like a good thing, right?  But this is a dangerous strategy for several reasons.  First, this will give cover to many Democrats and Liberal Republicans who have consistently opposed a full repeal of Obamacare.  They will now be able to tell voters they voted for repealing Obamacare when in truth, they did not.

The strategy of a piecemeal dismantling of Obamacare is troubling in itself.  The American public has made it abundantly clear they want a full repeal.  The idea that we can repeal the worst parts of Obamacare and fix the rest has already started circulating around Washington.  As the Heritage Foundation so aptly pointed out in a letter to Speaker Boehner, if this idea is allowed to take hold, then Obamacare is likely here to stay.  This would be completely unacceptable.

Congress holds the future of health care for millions of Americans in their hands and they cannot falter.  Obamacare must be repealed in its entirety.  Contact your legislators and let them know that a full repeal is the only way forward.