Alabama Must Get Rid of Common Core Math &
Replace it With a Proven, High Quality Math Curriculum

Alabama public schools have an OBLIGATION to provide a sound education for all students.

The proposed Alabama 2019 Course of Study Mathematics acknowledges that “Like more than 40 other states across the nation, the 2019 Alabama Course of Study: Mathematics builds on the Common Core State Standards.” This proposal doubles down on the Common Core approach, which has been a historic failure in our state as well as in the rest of the country.

In the years before Alabama implemented Common Core in math in 2012, our students were making gradual progress in raising math achievement, including on the respected National Assessment of Educational Progress (NAEP). The improvement in math stopped after Common Core—in fact, our students are scoring lower on the most recent NAEP (2017) than before Common Core was implemented! (Attached Graph #1 shows the average annual math gain of our 8th grade students before and after Common Core—the difference is like night and day!)

Common Core was supposed to improve Alabama math education but on the most recent ACT math test (2018), our high school students scored lower than all but three states. Similarly, Alabama ranks nearly last among states in mathematics on the 2017 NAEP test (only one other state performs slightly worse).

The greatest negative impact of Common Core in Alabama has been on average and lower students, whose parents are often not able to hire tutors to make up for the flaws of Common Core. The percent of Alabama students attaining at least a basic grasp of mathematics was increasing before Common Core according to the NAEP test, but it has declined since Common Core was adopted. (Attached Graph #2)

Common Core’s lack of success in Alabama is not unique. Before Common Core was adopted by nearly all states, national ACT math scores were slowly increasing but after Common Core the national scores declined! (Attached Graph #3) Alabama’s math achievement problems since we adopted Common Core are not the fault of our students or our teachers, nor are they due to insufficient funding—they are due to Common Core.

The proposed Alabama 2019 Course of Study Mathematics not only leaves Common Core in place in the elementary grades, but it goes beyond Common Core to recommend an even more radical and experimental high school mathematics course sequence. Instead of the standard high school math courses Algebra 1, Geometry, Algebra 2, etc., it proposes starting with a combined Geometry with Statistics course, followed by Intermediate Algebra with Probability, and other unusual courses and math content. Internationally renowned Stanford mathematician R. James Milgram reviewed this new high school course of study and was shocked. He writes: “In summary, here is my very strong recommendation. Abandon this approach…It is astounding that anyone with any real understanding of mathematics could possibly think to combine [Geometry with Statistics] into a single course. They have literally nothing in common, especially at the K-12 level…ARE YOU SURE YOU REALLY WANT TO DO THIS? Let me reiterate my recommendation in the strongest terms. Put your current document in your circular file.”

Instead of staying with the failed Common Core or adopting the untested proposed high school curriculum, why doesn’t Alabama adopt a proven math curriculum? Minnesota never replaced its respected math curriculum with Common Core and scores first among the states that administer the ACT math test to all high school students. Alabama should consider adopting the Minnesota math curriculum standards. In our Republic’s federalist system, the states are to be laboratories of democracy where we can learn from one another.

Our State Board of Education has a golden OPPORTUNITY to take our students from frustration to first place alongside Minnesota. Please encourage Board Members including Gov. Ivey to adopt the proven Minnesota math standards and ditch Common Core at their meeting on March 14th. 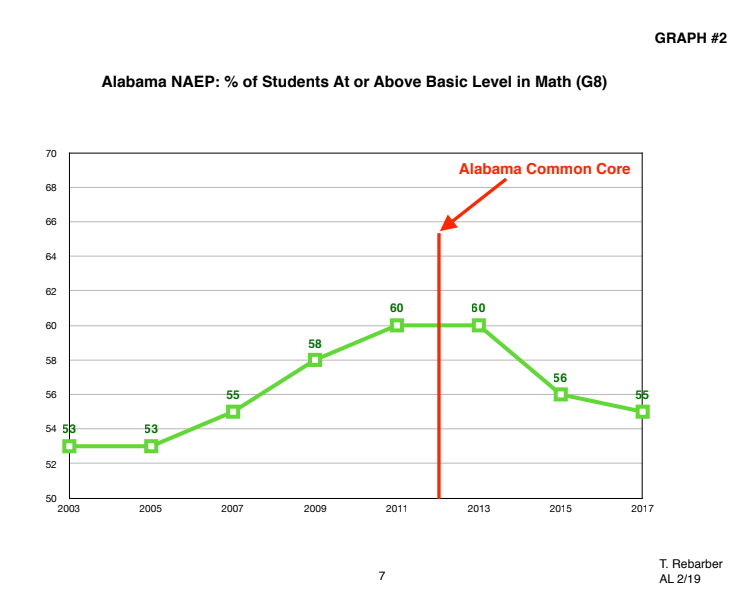 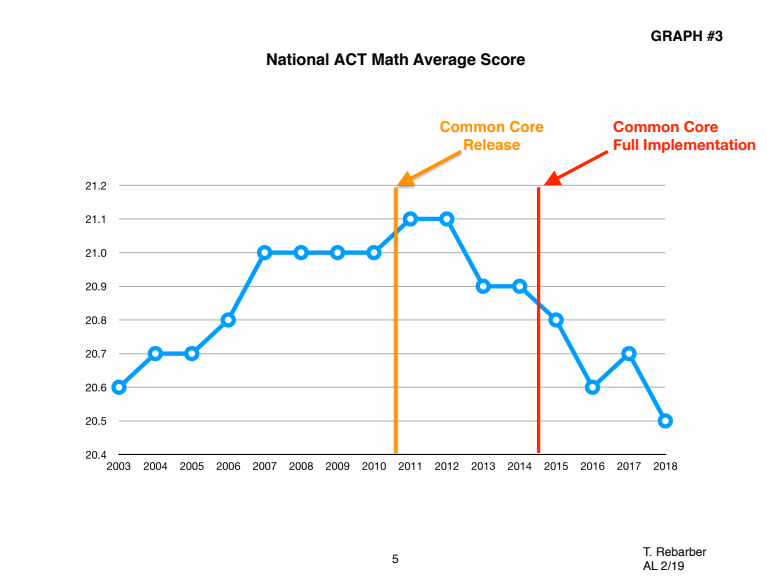