Week 8 was very busy as the legislature has increased their legislative days from two days a week to three. The bills we are tracking are listed below. The descriptions and Eagle Forum’s positions have not changed but in most cases the bills’ status has. We have also added a Yoga bill and a vaccine bill to our watch list. See details below. 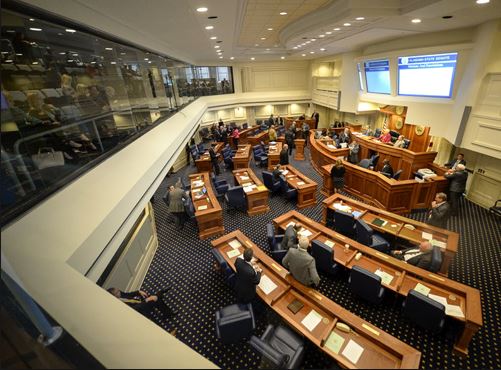 DESCRIPTION: This bill would make abortion and attempted abortion felony offenses except in cases where abortion is necessary in order to prevent a serious health risk to the unborn child’s mother. This bill would provide that a woman who receives an abortion will not be held criminally culpable or civilly liable for receiving the abortion.

ACTION: See more detailed info and a video on the status of this bill here. Find and contact your senator and tell him/her to vote “YES” on HB314 with NO Amendments.

DESCRIPTION: This bill is cited as Gianna’s Law. This bill would require a physician to exercise reasonable care to preserve the life of a child born alive after an abortion or attempted abortion.

STATUS: On Wednesday, May 8, it passed out of the House Health Committee and was placed on the House Regular Calendar.

EF’S POSITION: We support it. 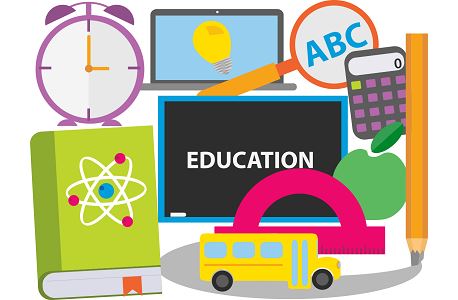 DESCRIPTION: This bill would require state two-year and four-year colleges and universities to protect and uphold free speech rights for students and faculty, and would provide a cause of action for violations. See Eagle Forum’s press release here which describes why we need this bill and what it will accomplish.

STATUS: Eagle Forum testified in support of this bill during the public hearing on Wednesday. HB498 passed the House Education Policy Committee on May 9th and has been placed on the House Regular Calendar.

DESCRIPTION: This bill would propose an amendment to the Constitution of Alabama of 1901, to rename the State Board of Education as the Alabama Commission on Elementary and Secondary Education and to provide that the members of the commission are appointed by the Governor, subject to confirmation by the Senate.

STATUS: It will be in the Senate Education Policy committee on Wednesday at 2:45PM in room 825.

EF’s POSITION: We believe that elections are the best way to hold officials accountable.

DESCRIPTION: This bill would remove the religious exemption for immunization of children in schools.

STATUS: This bill was introduced but the sponsor got so much blow back that he said he is not moving forward with the bill.

EF’S POSITION: We are glad the sponsor the pulled this bill. Parents should have the right to opt their children out of vaccines.

DESCRIPTION: This bill would authorize local boards of education to offer yoga to students in grades K to 12.

STATUS: HB449 had a public hearing in the House Education Committee on May 8th. The committee will vote on May 15th.

EF’S POSITION: Several people testified at the hearing about Yoga’s spiritual aspects which pushes it too close to teaching religion. Eagle Forum also testified about how the meditation aspects of Yoga cannot be removed from the exercises themselves. We hold the position that if parents want their children to engage in the practice of yoga that they do it on their own time and not in public schools with tax payer money.

ACTION: Contact the House Education Policy Committee members and ask them to vote no on the Yoga bill HB449.

DESCRIPTION: Relating to public K-12 education; to authorize local boards of education to allow released time for student participation in religious instruction in an elective course for purposes of satisfying certain curriculum requirements in public schools.

STATUS: It has passed the full house and passed out of the Senate Education Policy committee. It is on the Senate Regular Calendar and ready for debate and a vote on the Senate floor.

EF’S POSITION: We support it.

STATUS: This bill has already passed the Senate, has been placed on the House Regular Calendar, and is awaiting a floor vote for final passage.

EF’S POSITION: We oppose this bill as we believe elections are the best way to hold public officials accountable.

ACTION: Find and contact your House member and ask them to vote NO on SB222.

DESCRIPTION: This bill would exempt from the crime of unlawful possession of marijuana a person with a qualifying condition who has a valid medical cannabis card for the medical use of cannabis. EF has no problems with people using CBD oil for their health as it has been shown to be effective especially in pediatric epilepsy cases. Almost every state that has allowed for medical marijuana has opened the door to full blown recreational use.

STATUS: This bill has passed the Senate and is now in the House Health Committee but no hearing/reading has been scheduled.

DESCRIPTION: Proposing an amendment to Section 65 of the Constitution of Alabama of 1901, to establish an Alabama Lottery statewide; to provide for the sale of lottery tickets including instant tickets and multi-state lottery games; to provide for the distribution of lottery proceeds; and to require the Legislature to pass general laws to implement the amendment.

STATUS: This bill has passed the Senate and has been placed in the House Economic Development and Tourism Committee.

EF’s POSITION: We oppose this bill for these reasons.

ACTION: Contact the House Economic Development and Tourism Committee members ask for a “No” vote on the lottery bill SB220.

DESCRIPTIONS:
HB260 This bill would require health care facilities to require certain employees to receive human trafficking training. There was a public hearing but there has not been a vote in committee yet.

HB261 This bill would require any trade school or junior college offering certain truck driving courses to offer training on the recognition, prevention, and reporting of human trafficking. This bill was strongly supported by Truckers Against Trafficking. It passed out of committee and is awaiting debate and vote on the House floor.

HB262 This bill would allow the disclosure of a certain person’s photograph after an arrest for prostitution. The idea behind this bill is to focus on the “Johns” i.e. those who are caught soliciting a prostitute. Their arrest pictures will become public record in hopes of detouring their behavior. HB262 passed out of committee and has been placed on the House Regular Calendar.

EF’s POSITION: We support all of these bills. (EF’s 2019 priority bills)

DESCRIPTION: This bill would establish the crime of female genital mutilation, would provide criminal penalties, and would provide an exception only under limited circumstances when medically necessary.

STATUS: On Wednesday, May 1, it passed out of the House Judiciary Committee and was placed on the House Regular Calendar.

ACTION: Find and contact your House member and tell him/her to vote “YES” on HB421.

Eagle Forum of Alabama’s public policy work for Alabama families is made possible by generous donations from our supporters. Help us as we stand strong fighting daily for liberty.

Want to change how you receive these emails?
You can update your preferences or unsubscribe from this list.