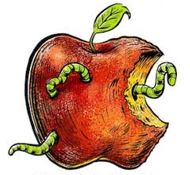 On December 12th the Alabama State School Board is scheduled to vote on revised “new” math standards. We are all acutely aware of how Common Core math standards have failed us. The recently released math scores showed Alabama at dead last.

The Alabama Math Course of Study Committee has come up with their final version of “new” standards. They say that these standards are not Common Core. We prepared a side-by-side comparison of the new 2019 Alabama proposed standards versus Common Core State Standards.  We randomly used second grade as our sample.  It’s easy to see these “new” standards are most definitely the same failed Common Core Standards. In many areas it’s word-for-word the same. The highlighted areas indicate identical wording or insignificant word changes to identical standards. See color key at the bottom of the comparison.

REMOVAL OF COMMON CORE IN ELEMENTARY GRADES IS CRUCIAL

The foundation for all math is learned in the early elementary grades. Math builds upon itself so if you don’t learn it well in the lower grades you will continue to have trouble moving on to higher math. Those who learned math before Common Core probably remember learning to add and subtract with the standard algorithm of carrying and borrowing numbers. When Common Core came along that became the least used strategy. The focus became using non-standard algorithms to add, subtract and multiply that used drawing pictures and grouping numbers in obscure and abstract ways – so obscure and abstract that even parents with college degrees had trouble helping their kids with homework. Many young students have become frustrated and now “hate” math. Delaying the standard algorithms has set us back several grade levels and two years behind top performing countries.

Further, the proposed 2019 AL standards don’t require that students memorize math facts for numbers up to 20. Instead they list “counting on” and other non-standard techniques as different ways of demonstrating fluency with math facts. So, despite including the words “math facts,” the proposed standards don’t really treat the answers as “facts” but as answers that students never really have to know by heart.

The lack of memorization in the proposed Alabama standards leads to stories like the following.   An 8th grade student asks his dad for help with algebra homework. The dad looks at the problem and says to start with the first part of the equation and asks his son, “What is 6×3?”. The son says, “Give me paper and a pencil and I can figure it out.” No wonder our test scores have gone down! There must be proficiency (or memorization) of these facts if one is to move on to higher math successfully.

The proposed “new” 2019 AL standards, as do Common Core, reflect the belief that memorization of math facts and computational fluency with the standard algorithms starting at the early elementary grades is somehow unnecessary for students. (See our comments on how this differs from top-performing countries.) The only thing these misguided approaches in the proposed “new” standards accomplish are frustrated or apathetic students and more parents having to pay for tutoring.

Common Core Standards are a failure, and these almost identical standards will be too. We must scrap what doesn’t work and start with standards that are tested and proven and that completely remove the failed (pedagogy) teaching methodology. Don’t take our word for it. Compare the “new” 2019 AL math standards (K-6) to the failed Common Core; besides some reformatting and rewording there is little difference. The vote is expected for December 12th.   Contact your school board member and the Governor today and ask them to vote “NO” on the proposed 2019 Alabama Math Standards. Ask them to adopt proven non common core, classic math standards to enable all students to succeed.