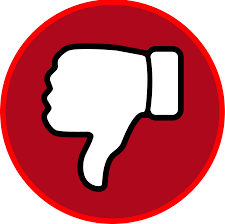 BIO: R. J. Milgram is emeritus professor of mathematics at Stanford University. He has served on the board of directors for the National Institute for Education Sciences, the NASA Advisory Council, and the Achieve Mathematics Advisory Panel. He was the sole expert in mathematics itself among the original members of the Common Core Validation Committee. From 2002 to 2005, Professor Milgram headed a project funded by the U.S. Department of Education that identified and described the key mathematics that K-8 teachers need to know. He also helped to direct a project partially funded by the Thomas B. Fordham Foundation that evaluated state mathematics assessments. He was one of the four main authors of the 1997 – 2010 California Mathematics Standards, as well as one of the two main authors of the California Mathematics Framework. He was also one of the main advisors for the mathematics standards previous to Common Core in Florida, Georgia, Massachusetts , Michigan, Minnesota, New Mexico, and Texas. Among many other honors, he held the Gauss Professorship at the University of Goettingen, the Regent’s Professorship at the University of New Mexico, and Distinguished Visiting Professorships at the Chinese Academy of Sciences in Beijing and at the University of Lille. R. J. Milgram has published over 100 research papers in mathematics and four books, as well as serving as an editor of many others. He currently works on questions in robotics and protein folding. He received his undergraduate and master’s degrees in mathematics from the University of Chicago, and a Ph.D. in mathematics from the
University of Minnesota.