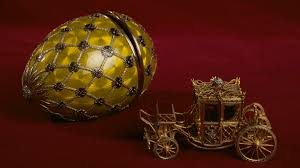 Easter Sunday in the Soviet Union and in the United States

Fifty Easters ago, I was in the USSR, a godless state. Sightseeing tours included Christian churches turned into museums. The tour guide adamantly proclaimed in the “museum” that Christianity is a “myth.”

On that Easter weekend, 1970, a VIP tour of Lenin’s tomb was arranged for the foreign athletes visiting to give figure skating exhibitions. At age 16, already a Christian by choice, I stood in Lenin’s stone tomb in Red Square staring at the Bolshevik revolutionary’s preserved body. He had been dead for decades. Jesus Christ resurrected from the dead and conquered sin and death on Easter, which was illegal to celebrate in the atheist USSR. That State was god. As history records, the socialist enactment is a cult of death. Eyewitnesses are historically recorded observing the tomb of Jesus  empty on Easter Sunday. Jesus is alive! He is Risen! Lenin is still in his tomb, deader than a door nail.

The tour bus passed through the squares where the Bolshevik Revolution was fought. On either Good Friday or Easter Sunday the tour guide in the godless USSR explained that “the blood that was shed during the Bolshevik Revolution was shed to save mankind.” My blood shivered and my mind quaked at her proclamation. I knew that only the Blood of Jesus Christ, the Perfect Son of God, was sacrificed and shed to save mankind.

By the time the plane reached New York after this most profound Easter weekend, I knew the man on the plane was wrong! I had been to his nation. I had observed the poverty, the bread lines, the lack of products in common stores, the intense control of its people, the bottomless void when God is declared illegal—-the severe oppression was felt physically. The faces of all the people were hardened with deep sadness—the real face of socialism-communism.

I wanted to kiss the ground of the United States when I saw the American flag outside the plane window before landing in New York. I was free. The man who propagandized me was not. He did not understand liberty or its power under the principles and reverence of the Judeo-Christian God.

I was an individual created by God. The atheist Soviet Socialists were forced to live in the State collective–the herd.

I knew that churches in the United States would always remain open. Judeo-Christian God, worshiping God, and celebrating Easter would never be declared illegal. The U.S. Constitution guarantees freedom of speech, freedom of religion, freedom of assembly.

Half a century later, in America, my beloved land of liberty, this Easter weekend 2020 almost all churches have been ordered closed. Pastors have been threatened with arrest or permanent closure of their churches if they do not obey the State and its influential doctors. These doctors may mean well and are working from appropriate concern, but they have succeeded in acting like man-gods who can conquer all death and are terrorizing citizens. They have powerfully influenced policy to shut down an entire nation, its businesses (except the State chosen ones), schools, its churches and synagogues. The imposition of social distancing should be called inhumane social isolation.

Americans have a choice to make on Easter Sunday and in the days, weeks and months to come.  Will Americans continue to give up their liberties? Will we become a Democrat Socialist collective herd, or will we remain individuals who promote and preserve life but do not fear death under a system of liberty?

Lenin’s body remains enshrined and on display in his stone cold tomb in Red Square, Moscow. Lenin is still deader than a door nail. The Marxist ideology that he spawned into being is alive with a foot in the door of America.

Jesus Christ has risen from the dead. He is alive! Will the Christian ideas that spawned liberty and the value of the individual die this Easter, 2020, and end up in a museum as only a myth?

Judeo-Christian principles are enshrined in the U.S. Constitution, declared a MIRACLE by various American Founders.  One Founder of the United States declared, “Miracles do not cluster.”

It is for freedom that Christ set us free!