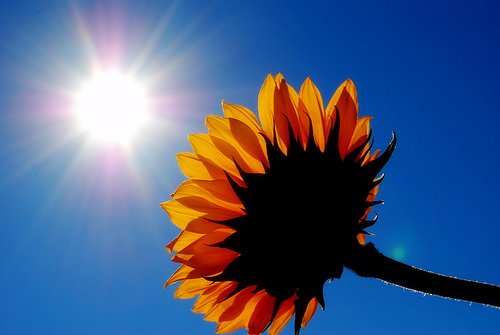 Senator Cam Ward has a great article at Doc’s Political Parlor describing legislation to bring more transparency to campaign finance in this state.  Currently campaign finance reports are filed by mail or in person and scanned copies are available online.  As Cam points out, this makes searching them impossible.

Under this legislation, once a campaign disclosure report is filed, the electronic report will become part of a database allowing citizens to search contributors by name which gives them a full picture of who gives and receives money in statewide elections. This system will be similar to the searchable databases that are used by the Federal Elections Commission which monitor congressional and presidential races.

We’re glad to see the legislature moving toward more transparency.  Voters should have access to information in an easily accessible, easy to understand format.

Strange had previously taken a strong stand against illegal gambling in a joint statement with Governor Bentley on the subject.  We applaud Attorney General Strange and Governor Bentley for their commitment to upholding the laws of Alabama.

We’ve been working hard over the past couple of months to put together a solid, conservative and realistic agenda for the coming legislative session.  These are the policy items we’re going to be working on come March.  During the special session in December, we distributed copies of our legislative agenda to the new legislature.

I’ve linked to the posted agenda and made it available for download so you can choose which format you prefer. If anyone has any questions or would like to work with us on any of the agenda items, you can reach me at [email protected]

FOR IMMEDIATE RELEASE
–Revised to correct a typographical error–
December 29, 2010
Contact: Jessica Garrison on behalf of Bentley and Strange, 205-568-4371

MONTGOMERY, Ala– Governor-Elect Robert Bentley today announced plans to assign the work of the Governor’s Task Force on Illegal Gambling to the Attorney General’s Office on January 17, 2011, when he and Attorney General-Elect Luther Strange take office.

Attorney General-Elect Luther Strange thanked Governor-Elect Bentley for his confidence and said the Attorney General’s office will not back down from enforcing Alabama’s gambling laws under his leadership.

“The people of Alabama have elected me to enforce the laws of this great state.  I intend to enforce the rule of law as it is written and in strict accordance with the decisions of the Alabama Supreme Court,” said Attorney General-Elect Strange.

Governor-Elect Bentley and Attorney General-Elect Strange said gambling establishments now closed under threat of raid by the Task Force should not mistake today’s announcement as a signal to open their casinos. It simply means the Attorney General will be the officer at the statewide level taking primary responsibility for investigating and prosecuting those that own, operate or house illegal gambling machines.

Attorney General-Elect Strange stated, “I will work with the local District Attorneys who are willing to be a part of our team.”

The state’s legal position for the enforcement of Alabama’s prohibition of slot machines as it relates to so-called “electronic bingo” will continue to be as follows:

1.             Any machine that meets the definition of a slot machine or gambling device pursuant to Sections 13A-12-20 (5) and (10) of the Code of Alabama (1975) will be seized, gambling proceeds will be seized, forfeiture actions will be pursued; and any persons who are in the possession of illegal slot machines or who are promoting illegal gambling will be prosecuted, period.

2.             Absolutely no constitutional amendment in the State of Alabama authorizes the use of machines that accept cash or credit and then dispense cash value prizes based upon chance.  Machines with those features are slot machines and are not made legal by any bingo amendment. Likewise, no local bingo rule, regulation or ordinance can legally authorize slot machines.

3.             The six factors defining bingo laid out by the Alabama Supreme Court in the Cornerstone case will be applied strictly.  Those factors cannot be changed, diluted, waived, redefined or reinterpreted by local rule, local regulation, or local definitions, nor through purported certifications from a gaming laboratory.

4.             The Attorney General’s office will provide guidance to prosecutors after the transition, but the operators of gambling establishments throughout our state should clearly understand the legal position of the State of Alabama moving forward beginning on January 17, 2011.

For many years, Democrat led legislatures have forced taxpayers to pick up the tab when state employees and education workers have dues automatically deducted from their paycheck and sent to their unions.  Those deductions go to union PACs and organizations to fund political activities.  The cost of providing this service is a whopping $2,500,000 a year–all of it paid for with your tax dollars.  THIS MUST BE STOPPED!!

The Senate has already passed SB 2, which will stop the state-funded payroll deductions for political activities.  It will be up for a vote in the House this week. Make sure your legislator knows you want an end to this abuse of taxpayer money.  Make sure House members know that you are watching!

We urge you to ask your legislator to vote for SB2 voice your concerns and hold them accountable.  Click here to find your legislator’s contact information.

Eagle Forum is one of many organizations that have voiced the need for ethics reform in Alabama.  Recent accusations of government malfeasance and misconduct have underscored the need for reform.  Unfortunately for many years that has been a lost cause; but the events on November 2, 2010 gave the concept fresh legs when voters in Alabama elected a Republican majority in both the Alabama House and Senate for the first time since Reconstruction.  We now have an opportunity to pass meaningful ethics legislation.

Legislation has been proposed that will:

Unfortunately, passing solid ethics reform sounds much less complicated than it actually is.  We all share the same goal to clean up Montgomery, and can agree that it’s important to make sure we get strong bills that are enforceable, will hold up in court, and get to the heart of the corruption–without discouraging citizens from lobbying their legislators.  The devil, as it is often said, is in the details.  The details on one of the bills under consideration became increasingly complicated and unclear.  As a matter of fact, of the forty-three pages of the final version of SB 14, forty-one contained numerous changes.

Eagle Forum of Alabama supports the efforts of the Senators who voted yesterday to slow down the process on this bill (SB 14) regarding lobbyist expenditures in order to ensure we get a strong, workable bill.  After speaking with legislators including Senator Beason, we have concluded that the Alabama Senate did the right thing in passing the more limited Beason substitute bill.  It is extremely important for legislators, lobbyists, and citizens to know and understand what is in every ethics bill.  From the reports we have received, that was not the case with SB 14.  Many legislators were unclear on what the effects of the legislation would be, and could not get clarification on key issues.  As a result, 33 of 35 voted for the clearer substitute bill.  The Beason substitute bill prohibits all lobbyist expenditures on public officials.  While it does leave corporate expenditures at the current level, it also requires the Ethics Commission to “report to the legislature by the 5th legislative day in the 2011 regular session what other states have done to strengthen their state ethics laws.”  We expect this issue to be addressed in the regular session after further research and consideration.

Taking time to vet legislation is not tantamount to refusing to pass it.  It can be the better part of wisdom.

New Jersey can’t afford to build its tunnel, but benefits packages for the state’s employees are 41 percent more expensive than those offered by the average Fortune 500 company. These benefits costs are rising by 16 percent a year.

New York City has to strain to finance its schools but must support 10,000 former cops who have retired before age 50.

California can’t afford new water projects, but state cops often receive 90 percent of their salaries when they retire at 50. The average corrections officer there makes $70,000 a year in base salary and $100,000 with overtime (California spends more on its prison system than on its schools).

States across the nation will be paralyzed for the rest of our lives because they face unfunded pension obligations that, if counted accurately, amount to $2 trillion — or $87,000 per plan participant.

Pension reform is going to be one of the most critical issues facing our next Governor/Legislature.  Some tough decisions must be made, and everyone is going to have to face reality.  We should be asking all the candidates how they would address the problem.

Alabama’s ethics law was last updated in 1992.  Since then, we’ve had multiple legislators indicted, and reportedly one of the largest investigations into public corruption in the country. The BGA Integrity Index ranks Alabama 4th in the nation in terms of public corruption.  If ever there was a need for ethics reform, Alabama has it.

Requiring mandatory ethics training for all elected officials, mandatory disclosure of all money spent lobbying [Currently, we only require lobbyists to report anything over $250.], and giving the State Ethics Commission subpoena power would be a good start.  Increased transparency should also be a goal for the next legislature.  A ban on PAC to PAC transfers would bring some clarity to campaign contributions.  It is almost impossible to trace the source of donations to candidates when they have been washed through multiple PACs.  Additionally, Governor Riley has commendably put the state’s checkbook online, but the system is difficult to use and understand, and doesn’t always have up to date information.   Improving this site in a searchable format would also be a step in the right direction.

Here are a few things you can do to make sure the legislature passes real ethics reform:

1.  Call your legislator and let them know you want ethics reform.

2.  Call Governor Riley and let him know you’d like a special session called on ethics reform.