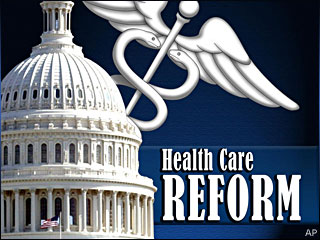 The 2010 election is the most important election of our time.  We must stop Barack Obama from (as he said) “fundamentally transforming” America by spending us into bankruptcy.  The only way to call a halt and Take Back America is to elect a new Congress in November.  In Alabama, you have the opportunity to vote for conservatives at the state, local and federal level.

That is why I’m writing to you.  I want to draw your attention to the candidates who have sought and received Eagle Forum PAC’s endorsement.  We endorse candidates on the basis of extensive personal interviews, legislative records and answers to our rigorous 75-question survey which covers taxes and government spending, national security foreign policy and American sovereignty, border security and immigration, life, marriage, family, the Constitution and privacy.

Alabama State Board of Education, District 2

Betty Peters has been a longtime friend to Eagle Forum.  She has fought to protect our children from liberal influences in the public schools and to protect parental rights.  The liberal teachers’ unions have heavily funded Betty’s opponent, because Betty has been so effective at opposing their radical liberal agenda.  We need Betty now more than ever to defend Alabama schools from federal government intrusion through federal education standards called common core standards, one

of President Obama’s main education goals.  The Alabama State Board of Education is comprised of 8 members elected from single-member districts.  Betty Peters represents District 2, the Counties of Barbour, Chambers, Clay, Coffee, Covington, Dale, Geneva, Henry, Houston, Lee, Randolph, Russell, Tallapoosa and a portion of Talladega.  If you live in one of those counties, please be sure to vote for Betty Peters for Alabama State Board of Education, District 2.

If you live in the 2nd Congressional district, you have the opportunity to elect Martha Roby as your U.S Representative.  Martha is pro-life, and has demonstrated her commitment to building the culture of life by working with Sav-A-Life Montgomery, a Christian pro-life ministry.  In her two terms on the Montgomery City Council, Martha has shown her dedication to lowering taxes and reducing government spending.  Now, Martha wants to fight to protect conservative values in Washington.  Her opponent is doing his best to look conservative, but his mere presence in the House of Representatives strengthens the radical liberals.  We’ve seen what the liberals have done to this nation, and we can’t afford to give them any more ground.  Please vote for Martha Roby for U.S. Representative.

If you live in the 5th Congressional district, you have the opportunity to elect a longtime Alabama Eagle Forum friend Mo Brooks as your new Representative to Congress.  Mo is pro-life, pro-family, and pro-marriage.  He served four terms in the Alabama House of Representatives, where the Alabama Taxpayers’ Defense Fund ranked him first out of one hundred forty legislators for fighting against tax increases and big government. In Washington, Brooks will work to reduce America’s deficit and promote the free enterprise system.

Thank you for all you will do between now and November 2nd.  It is so important.

P.S.  The election on Tuesday, November 2nd could be very close in Alabama.  Please vote for Betty Peters for Alabama State Board of Education, District 2 and if you live in the 2nd or 5th Congressional District vote for Martha Roby  or Mo Brooks for U.S. Representative—and also, please ask ten of your friends and family members to vote for him too.  Every vote counts!  In Michigan this year, one of our good candidates won by only 15 votes out of 70,996 votes cast! You can find candidate questionnaires from other state and federal candidates HERE.

Sens. Tom Coburn and John Barrasso, both doctors, have released a report on the effect of Obamacare to date.  It is not a pretty picture.

Obamacare costs America nearly 800,000 jobs, most coming from within the medical industry:

The CBO “estimates that the legislation, on net, will reduce the amount of labor used in the economy by a small amount—roughly half a percent—primarily by reducing the amount of labor that workers choose to supply”, which is more than 788,470 employees.

The employer provision will lower wages and lead to less jobs because workers, not businesses, ultimately feel the impact of taxes and fines. The Congressional Budget Office also found that an employer penalty ―would impose a new cost on employers‖ which will be passed on to employees.55 ―Employers who chose to pay the fee rather than offer health benefits would be likely to offset at least some of those costs by paying lower wages or employing fewer people.”

The true cost of Obamacare is much larger than projected:

CBO also identified tens of billions of additional dollars that may be spent by the federal government as a result of new programs and mandates in the health overhaul.

So how big are the costs state taxpayers must absorb from the massive Medicaid expansion or other mandates? A nearby chart lists estimates that several governors produced calculating the costs to their states – primarily from the Medicaid program. While the federal government may cover $30 billion of costs, the State of Texas alone estimates their state will face $27 billion in extra costs.90 Looking at these estimates, it is clear that the extra costs forced upon state taxpayers and state governments could climb into the hundreds of billions of dollars.

There’s a lot more on the practical effects in the report, so download and give it a read.  The paper is aptly titled “Grim Diagnosis.”