There are many problems with HJR23.

1. We already have ‘term limits’, they are called “elections”, every two, four, and six years. Just because voters are derelict in their duty, does not mean we must change our process.
2. ‘Artificial’ term limits means giving the bureaucracy a LOT more power, in that institutional memory and experience is no longer available.
3. Voters are prohibited from voting for the person they believe is best for that office.
4. In the last term any official serves, without re-election on the horizon, there is no longer the accountability that was once there.
5. Term limits can prevent legislators from gaining the experience they need to become skilled lawmakers.
6. Term limits would give lobbyists more influence.  In his presidential farewell address in 1989, President Reagan rightly pointed out that term limits are “a preemption of the people’s right to vote for whomever they want as many times as they want.”
7. Here’s a look at congressional tenure by the numbers: 9.1 Years of average length of service in the United States House of Representatives as of January 2013, according to the Congressional Research Service. Average length of service in the U.S. Senate as of January 2013 is 10.2 years.

The way to effectively reform Congress lies in supporting and voting for candidates who uphold the belief in a stronger local government rather than a stronger national government. Term limits will not achieve the reform that is needed in our federal government because term limits will NOT RESTRAIN the power of our federal government. The solution is for citizens to get involved with the political process at all levels. As Justice Antonin Scalia stated on May 11, 2015: “A Constitutional Convention is a horrible idea. This is not a good century to write a Constitution.”

I completely oppose an Article V convention.  It is a dangerous threat to our values and our Nation.  Congress or judicial activism would likely require that the voting at such a convention be in proportion to population, and thereby dominated by liberal states.  They would probably put a right to abortion and homosexual marriage into the Constitution, and repeal the Second Amendment.  There is nothing good that can result from an Article V convention, because Congress and the Courts will not feel restrained by a new amendment any more than they comply with existing text.  Even proposing an Article V convention has the harmful effect of devaluing the Constitution we cherish.

The original Constitutional Convention was made possible by rules of secrecy against media interference. That is impossible today and thus the liberal media would obtain the result it wants.  Pinning one’s hopes on an Article V convention today is like a bankrupt man turning to gambling to solve his family’s financial problems.  Hard work, in electing good people who defend our existing Constitution, is what is needed.  The pie-in-the-sky, dangerous proposal of an Article V convention should be rejected.

Attorney who practices before the U.S. Supreme Court and twelve U.S. Courts of Appeal

General Counsel of the Ass’n of American Physicians & Surgeons (oldest conservative group in the U.S.)

A leading attorney in federal litigation against abortion

For six consecutive years, 2009-2014, have led busloads of teenagers to the March for Life in D.C. 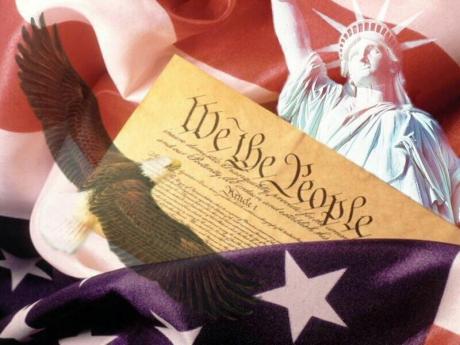