ALABAMIANS UNITED FOR EXCELLENCE IN EDUCATION

Why are we Adopting Unproven Educational Standards Instead

of Proven Successful Ones?

Birmingham/Huntsville, AL: Alabamians United for Excellence in Education is a grassroots organization founded to insure that control of education stays where it belongs – at the local level.  AUEE threw down the gauntlet this week-end marking the beginning of a David and Goliath struggle to kick national education standards originally known as Common Core State Standards Initiative out of Alabama

Sharon Sewell, President of AUEE was exhilarated by the turn-out.  “This is still America .  I have no doubt “We the People” will be the victors over Big Money and Big Government.  It’s amazing how few people know of this initiative.  It will negatively impact every school age child in the state.  We will not compromise our position.  We want total repeal of Common Core aka College and Career Ready Standards”.

The expert panel included Kris Nielsen, middle school teacher and author of Children of the Core.  He made an impassioned plea to the audience highlighting the devastating harm Common Core will have on children’s innate love of learning especially for students in K-3.  His comments echo the sentiment of 500 Early Childhood Health Professionals and Educators in an open letter dated March 2, 2010.

Chasidy White, Tuscaloosa teacher and recipient of the 2012 “Outstanding Contributions in Education” award by the University of Alabama was the surprise speaker for both evenings.  She was interrupted by several rounds of applause for her courageous stand. She stated: “There has never been a more important time for teachers and parents to join together to take back our schools…”

Sharon Sewell noted opposition to Common Core on both the left and the right, Republican and Democrat: “ This issue unites all Americans who view children as individuals not human capital for a global workforce”.

Alabamians United for Excellence in Education

The Attached Education Reporter articles give specific examples of “fatal flaws” in the Math and English standards and illustrate their political nature – inevitable in any national curriculum. I must admit that I would have been too embarrassed to teach Julia Alvarez’s sexually explicit novel, In the Time of the Butterflies, to the college students I have taught for over twenty years, much less to ninth- and tenth-graders, as many Georgia high school teachers have been instructed to do.  Read more… 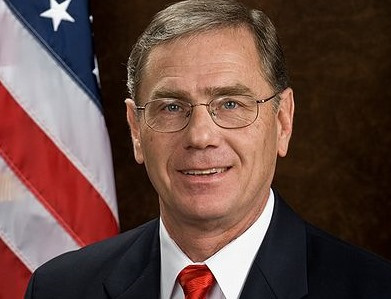 Congressman Blaine Luetkemeyer (R-MO) has written, and is gathering co-signers in Washington for, a letter expressing serious concerns with the manner in which the US Department of Education has involved itself with Common Core standards.  Read more from Truth In American Education…

WASHINGTON – A group of nine senators have asked leading Senate appropriators to restore state-level decision making about academic content in public schools when legislation is put together to fund the U.S. Department of Education for the next fiscal year.  Read More…

A new bombshell has dropped in an ongoing controversy in Alabama about whether the state should officially align itself with the national “Common Core” standards for education. Legislators and state school board members who refuse to disassociate from Common Core may not know until too late just what a political hit awaits them.  Read more… 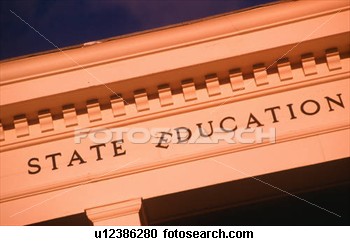 The Alabama 2010 Course of Study English Language Arts tells teachers to “utilize the text exemplars” from the Common Core website which recommends a novel that is sexually explicit and praises Castro. It is Julia Alvarez’s In the Time of Butterflies.  Is this what Alabama parents want for their 9th and 10th graders?!  See Professor Mary Grabar’s article about the novel here. http://watchdogwire.com/florida/2013/05/07/common-core-exemplars-graphic-sex-and-praising-castro/

The excerpt from the Alabama Common Core Course of Study that links to the Common Core State Standards website is here  and following http://www.alsde.edu/general/ALCCS_Alabama_English_Language_Arts_Course_of_Study.pdf

Appendix B of the Common Core State Standards for English Language Arts & Literacy in History/Social Studies, Science, and Technical Subjects contains multiple titles, text samples, and sample performance tasks for Grades K-1, 2-3, 4-5, 6-8, 9-10, and 11-College and Career Readiness (CCR) standards that illustrate appropriate text complexity and quality for both fictional and informational text. The list and excerpts should prove extremely useful in assisting local school systems and schools in developing local reading lists. Although these samples represent the breadth of texts that students should encounter in the text types required by the standards, Common Core State Standards (CCSS) authors make an emphatic statement that they do not represent a complete or even partial reading list.

Due to the fact that copyright laws and permissions granted to the Council of Chief State School Officers (CCSSO) and National Governors Association (NGA) do not extend to states and other users of the CCSS, Alabama is unable to reproduce the excerpts within this document. However, school systems are encouraged to utilize the text exemplars and sample performance tasks. The entire text of Appendix B may be accessed for local use at http://www.corestandards.org/assets/Appendix_B.pdf .  (See page 10)

Who knows what other outrageous material Alabama teachers will be expected to foist upon Alabama students through common core aligned curriculum and assessments?!  This is what happens when we allow national interests to set expectations for Alabama classrooms instead of retaining state and local control!

Please forward this information to your state senator and representative and to Speaker Mike Hubbard and Senate President ProTem Del Marsh and ask them when they will repeal common core in Alabama!

Alabama has the opportunity to reclaim its education decision-making authority. It took the first steps toward doing so last week, when the Senate Education Committee approved a measure that would withdraw the Yellowhammer State from the Common Core State Standards Initiative—a push to nationalize standards and assessments across the country.  Read more here….