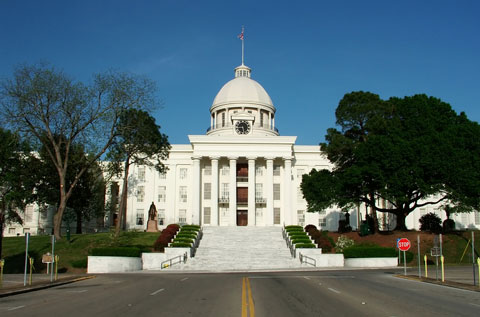 Things are moving right along in Montgomery.  Last Tuesday, the Alabama House passed the Education Budget (HB123)–that’s the earliest a budget’s been passed in a very long time.  The Senate passed bills:

Wednesday was a busy day in committee.  Several good pieces of legislation passed out including:

Yesterday, the House passed the controversial Forever Wild reauthorization (HB126).  They also debated HB6 which is Rep. John Merrill’s bill to lower the mandatory school age from 7 to 6 years of age.  Due to some Republican dissent, Rep. Merrill carried his bill over and a vote wasn’t taken.  Eagle Forum is strongly opposed to this legislation because we believe parents should retain the right to decide if their 6-year-old son or daughter is ready for first grade.  The House also passed HB230 which creates income tax credits for employers who create jobs.

The Alabama Senate spent most of Thursday working on Sunset Laws.