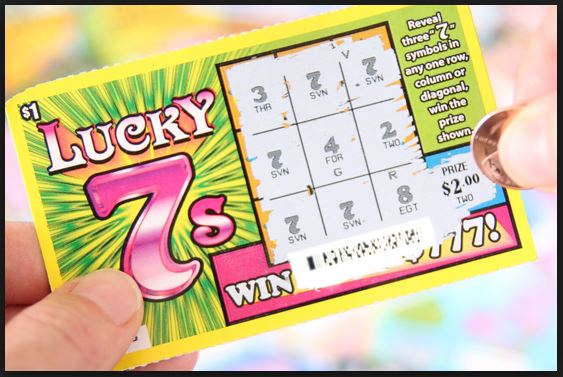 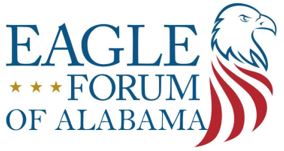 This Town Hall: Your Voice Your Future program focused on why Alabama is the only southern state now without a lottery, what it would take to make the change, and how current laws and politics factor into the current status. It’s a complicated matter and this panel explains the intricacies as well as the pros and cons for our state.

Click the picture to watch. Use time marks listed in each section if you don’t have time to watch in its entirety.

FORWARD THIS EMAIL TO YOUR FRIENDS.

Eagle Forum of Alabama’s public policy work for Alabama families is made possible by generous donations from our supporters. Help us as we stand strong fighting daily for liberty.

Here we go again! We fought off gambling years ago and it continues to raise its’ ugly head again. This time the bill was introduced by Senator Jim McClendon, who happens to be one of the state senators who represents a portion of my county, Talladega County. I have to say, “shame on you Senator McClendon” and any politician who supports the Lottery.

Alabama is considered one of the top 2 conservative states in America and 3rd most Evangelical state in the union. Let us show Alabama, America and the World, that we will maintain these leading stats by voting against the Lottery.

Alabama is also ranked 4th as the poorest state in America. It has been proven in virtually every state that has legalized the Lottery, the majority of participants in the Lottery are the lower income minorities who buy most of the tickets. To vote for the Lottery for the sake of taxes, economic growth, satisfying the government spending, etc. is to say to these lower income families: “We really do not care how it affects your family because we can help solve our budget crisis in state government with the Lottery income”. Let me put it another way. Would you be willing to tell your family, “Family, as the head of this household, I have decided to spend most of our income on Lottery tickets to win $30 or more at a winning ratio of 1:2944”. (stoppredatorygambling.org-Lottery is a tax). You might say, “Has Dad lost his marbles?” But that is exactly what happens with many thousands of families across America who spend most of their money on lottery tickets which is needed for food, clothing, shoes, etc..

Here are some quick facts about the effects of gambling. Playing the lottery could lead to compulsive gambling. You will not become a gambling addict if you never gamble. (Casino Watch.com)

Here are some more facts about gambling and the affects it has on families and societies as a whole. This is not to say that everyone who buys a lottery ticket will fall into one of these categories, but the possibility of someone who begins to play the lottery has the potential to become addicted to it.

The gambling society will have millions of dollars to put into advertising the Lottery on TV, Radio and the Printed Press. They will paint the pretty picture of how rich you can get by buying a lottery ticket and how it will turn your life around. There is some truth in this last statement, for it could very well turn your life around and upside down.

Why would anyone want to subject their family to the potential problems that gambling could bring about within their lives and the lives of their loved ones? I hope you will call your state senators, state house representatives, friends and family and tell them to vote NO to the lottery in Alabama. We have provided you with FACTS about the lottery and gambling. We hope you will say NO to the Lottery and help us fight against the evils that the lottery brings to our lives.

P.S. For those of you who believe the Bible is truly God’s Word:

Proverbs 13:11 “Wealth gotten by vanity shall be diminished: but he that gathereth by labour shall increase.” In other words, God blesses the labor of our hands but will cause vain ways of obtaining wealth to become less and become a loss. Gambling is pure vanity and the Lottery is gambling.

On Tuesday, the House passed HB354 (the Daily Fantasy Sports Bill). “In states that sponsor commercial gambling, all taxpayers-including the non-gamblers– end up paying higher taxes for less services and their states end up with worse budget problems over the long term. Allowing states to sponsor online fantasy sports gambling will deepen these financial problems, forcing the taxpayers who don’t gamble to foot the bill.”
(www.alcap.com)

During the lengthy debate, a couple of good amendments presented by Rep. Mike Jones were passed. We are concerned that those amendments, which place greater restrictions on the Daily Fantasy Sports companies may be stripped from the bill in the Senate. When the vote on final passage of the bill was taken, it only passed by a narrow margin of 5 votes. You can click HERE to see how your House member voted.

HB354 NOW GOES TO THE SENATE. WE NEED A GROUNDSWELL OF PEOPLE TO CONTACT THEIR STATE SENATORS AND ENCOURAGE HIM/HER TO OPPOSE HB354.

To understand how dangerous this online gambling bill is (even though proponents argue that it is not gambling), you can click HERE to read what Stop Predatory Gambling has written about this deceptive enterprise. You can also click HERE to watch the Public Broadcasting System (PBS) documentary,  _Frontline_, from 2016 about Daily Fantasy Sports (DFS). Forty-three minutes into the documentary, the producers interviewed a young man from Auburn, AL, Josh Adams, who lost $20,000 playing DFS. You can also read the New York Times story about Josh Adams by clicking HERE.

FOR IMMEDIATE RELEASE
–Revised to correct a typographical error–
December 29, 2010
Contact: Jessica Garrison on behalf of Bentley and Strange, 205-568-4371

MONTGOMERY, Ala– Governor-Elect Robert Bentley today announced plans to assign the work of the Governor’s Task Force on Illegal Gambling to the Attorney General’s Office on January 17, 2011, when he and Attorney General-Elect Luther Strange take office.

Attorney General-Elect Luther Strange thanked Governor-Elect Bentley for his confidence and said the Attorney General’s office will not back down from enforcing Alabama’s gambling laws under his leadership.

“The people of Alabama have elected me to enforce the laws of this great state.  I intend to enforce the rule of law as it is written and in strict accordance with the decisions of the Alabama Supreme Court,” said Attorney General-Elect Strange.

Governor-Elect Bentley and Attorney General-Elect Strange said gambling establishments now closed under threat of raid by the Task Force should not mistake today’s announcement as a signal to open their casinos. It simply means the Attorney General will be the officer at the statewide level taking primary responsibility for investigating and prosecuting those that own, operate or house illegal gambling machines.

Attorney General-Elect Strange stated, “I will work with the local District Attorneys who are willing to be a part of our team.”

The state’s legal position for the enforcement of Alabama’s prohibition of slot machines as it relates to so-called “electronic bingo” will continue to be as follows:

1.             Any machine that meets the definition of a slot machine or gambling device pursuant to Sections 13A-12-20 (5) and (10) of the Code of Alabama (1975) will be seized, gambling proceeds will be seized, forfeiture actions will be pursued; and any persons who are in the possession of illegal slot machines or who are promoting illegal gambling will be prosecuted, period.

2.             Absolutely no constitutional amendment in the State of Alabama authorizes the use of machines that accept cash or credit and then dispense cash value prizes based upon chance.  Machines with those features are slot machines and are not made legal by any bingo amendment. Likewise, no local bingo rule, regulation or ordinance can legally authorize slot machines.

3.             The six factors defining bingo laid out by the Alabama Supreme Court in the Cornerstone case will be applied strictly.  Those factors cannot be changed, diluted, waived, redefined or reinterpreted by local rule, local regulation, or local definitions, nor through purported certifications from a gaming laboratory.

4.             The Attorney General’s office will provide guidance to prosecutors after the transition, but the operators of gambling establishments throughout our state should clearly understand the legal position of the State of Alabama moving forward beginning on January 17, 2011.