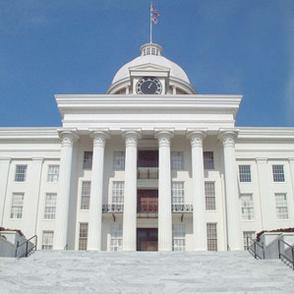 Sorry for the delay in our legislative wrap up, but I’ve been a little under the weather…

The big story of the 2012 Alabama legislative session isn’t what passed, but what didn’t.  The session began with two big, controversial issues–charter schools and immigration reform–on the tip of everyone’s tongue.  Alabama being one of the few states in the union without a charter school law, a handful of Alabama legislators had made passing such a law their top priority.  On the opposite end of the spectrum, Alabama already has the toughest immigration law in the country and there were a lot of people committed to weakening it.

Let’s start with charter schools. Why has Alabama never authorized the establishment of charter schools? I’m afraid you’ll find there is no satisfactory answer.  Maybe that’s why Representative Phil Williams and Senator Dick Brewbaker set out to drastically change the course of education in Alabama by taking on the Goliath known as AEA with their media disinformation campaigns.  Additionally, a very stealthy and clever campaign was being waged on our conservative legislators by the State Superintendents Association.  Doubts were planted in the minds of some of our best and brightest Republican legislators over whether or not we could afford charter schools even though state money spent would have been the same per child and whether or not they were really effective.  Unfortunately, many of these doubts took hold and resulted in a Senate version of a charter school law that did everything but create charter schools.  Thankfully, some legislators realized that it was the better part of wisdom to regroup and come back again next year with a better bill and more organized effort.  Alas, Alabama must survive another year without parental choice in public education.

The second big fight this session was over an issue Alabama has already taken the lead on–immigration reform.  Last year, the Alabama legislature showed it had the courage of its conviction and passed the toughest immigration law in the nation–HB56.  Considering the controversial nature of said law, it is only natural there would be a lot of time and money spent trying to weaken it. But, there were also legitimate changes that needed to be made to make the law more enforceable.  One of the original law’s original sponsors, Rep. Micky Hammon, introduced a set of revisions filed as HB658.  Eagle Forum of Alabama–along with several tea party groups, immigration reform organizations, and law enforcement oriented activists–opposed several of the revisions contained in HB658 based on our belief that it would significantly weaken the original law.  Another original sponsor of the law, Senator Scott Beason, stepped in at this point and was able to work with Rep. Hammon, law enforcement, and others and come to an agreement that made the necessary changes to strengthen the original law without weakening its effect.  These changes were passed on the last day.  Governor Bentley put the issue on the call in the ensuing Special Session but according to press reports, he could not find any legislators willing to introduce the additional changes he had listed on his website, so he signed the law.

There were a few other notable pieces of legislation that passed including Sen. Greg Reed’s Federal Abortion Mandate Opt Out Act and Sen. Gerald Dial’s SB477 to protect Alabama citizens from power grabs under the UN’s Agenda 21 Initiative.  This vital bill is a first in the nation and passed with no dissenting votes. It would “prohibit state, counties, etc., from developing environmental and developmental policies that would infringe on the due process of citizens”.  Rep. Paul DeMarco’s Taxpayer Bill of Rights passed both houses but was pocket vetoed.  In other words, Gov. Bentley chose not to sign it.

Unfortunately a bill to lower the mandatory school age from seven to six passed both Houses before we realized it.  It has always been our position that parents should decide when their children are ready for formal schooling, not the state. Although the bill provides for a delay until age seven if a parent writes the local school board, we anticipate that without vigilance on our part, this provision will be stripped in the future.

But sadly, there were a lot of others that didn’t pass–among them Sen. Cam Ward’s SB84 to prohibit the use of foreign law in Alabama courts and Rep. Steve McMillan’s Fair Ballot Commission Act (HB481).  We regretted that the Attorney General’s packet of law enforcement bills  – specifically increasing penalties for illegal gambling enterprises from misdemeanor to felonies.

Two good resolutions of note were passed.  Both houses concurred on Sen. Waggoner’s resolution that asks Congress to prevent the Environmental and Protection Agency from regulating greenhouse gas emissions without Congressional approval. Sen. Dick Brewbaker’s resolution that passed the Senate but was not brought to a vote in the House “encourages the State Board  of Education to take all steps it deems appropriate, including revocation of the adoption of the [Common Core] initiative’s standards if necessary, to retain complete control over Alabama’s academic standards, curriculum, instruction, and testing system.”

So while conservatives in the Alabama legislature weren’t able to make any great strides in area of education reform, they were able to prevent the teeth from being stripped out of one of the great accomplishments Alabama has–our immigration law.

The Alabama House of Representatives gaveled in at 10:00 am yesterday morning, and a Democrat filibuster of SB 2 almost automatically ensued.  15 hours later Republicans broke the filibuster, and passed SB 2 by a vote of 52-49.  Thirteen Republicans, including the three who recently switch parties, broke ranks and voted with the Democrats against the bill.

SB 2, also known as the “Check-Off Bill”, prevents the use of state resources on political activities.  In practice, this means that the state will no longer be allowed to collect dues for organizations like the Alabama Education Association (AEA) or the Alabama State Employees Association (ASEA), which they are currently collecting through automatic payroll deductions.

Democrats claimed the bill was politically motivated to diminish the power of AEA who is traditionally supportive of Democrat candidates.  Rep. Lynn Greer was asked repeatedly how much it cost the state to collect the dues.  Greer didn’t have a specific number, but insisted it cost the state something.  The debate over cost proves that Democrats continue to miss the point.  $1 is too much for the state to pay to collect political dues.  Taxpayers should not be forced to finance/facilitate the funding of AEA or ASEA’s political organizations.  There are a lot of worthy organizations in the state, and most of them don’t get to have dues taken out of their members’ paychecks automatically.

Members of these organizations are 100% free to speak their mind and can continue to donate to the organization.  The bill does not take anyone’s rights away.  It simply removes the burden from the state of collecting the money.