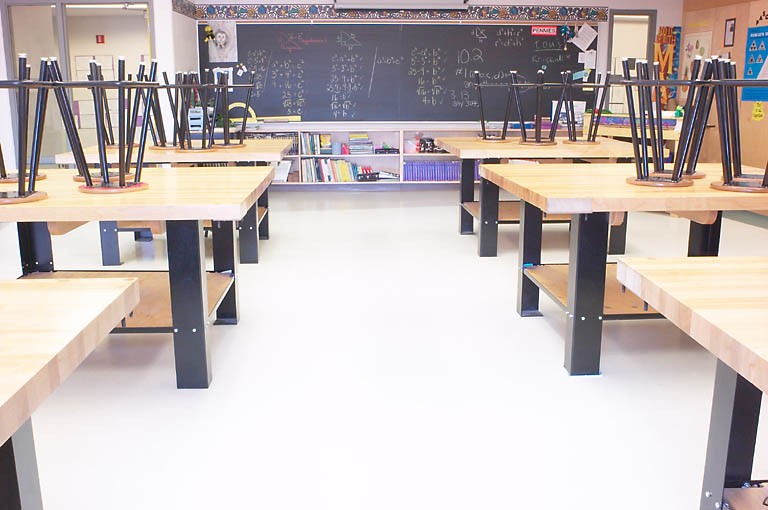 Elisabeth Meinecke has a good column up at Townhall.com regarding the cost of educating illegal immigrants.

Can the U.S. economy afford to spend up to one of every four of its school dollars on K-12 education for illegals?

Statistics for California, the state with the largest population of illegal immigrants, indicate the answers are yes. According to the Pell Institute for the Study of Opportunity in Higher Education, in the course of one generation, California dropped from No. 1 in its percentage of residents with high school diplomas to No. 49 among the 50 states. The National Academy of Sciences says each immigrant who lacks a high school diploma will cost U.S. taxpayers $89,000 in services and entitlements over a lifetime. …

When President Barack Obama urged immigration reform in his 2011 State of the Union Address, he referred to “hundreds of thousands of students excelling in our schools who are not citizens.” Obama and other supporters of education access for illegal immigrants argue the United States was built by immigrants and can’t afford to waste the talents of new immigrant generations.

But are today’s immigrants akin to the masses that flooded here in the 19th and 20th centuries? A Heritage Foundation report says no.

Prior to 1960, Heritage found immigrants to the United States had education levels on par with America’s non-immigrant work force and brought with them skills that allowed them to earn more than their nonimmigrant counterparts.

It’s worth noting that Alabama’s new immigration law requires schools to ask about citizenship at enrollment.  Under Federal law the state cannot refuse to enroll illegal immigrants, but there’s not a federal law against asking about immigration status.  Our new law requires schools to report to the State Department of Education the number of illegal immigrants enrolled in our schools.

Update:  ATR’s Joshua Culling and Stateline.org point out that pension problems have been a popular topic of conversation on the gubernatorial campaign trail across the U.S.  Both Alabama gubernatorial candidates have acknowledged the problem and agree that something will have to be done.

States across the union, already faced with a steep decline in revenues, are facing yet another economic crisis–public employee pension funds.  Nina Easton points out some of the more egregious cases in Fortune magazine:

California is at the forefront of this voter revolt. In Los Angeles County, the summer of 2010 was defined by populist heat over the disclosure of salaries being collected by officials of the working-class city of Bell. Some of them, including chief administrative officer Robert Rizzo — who stood to collect a $600,000 pension after allegedly writing himself a $1 million-plus compensation agreement — have been arrested on corruption charges.

Even more widespread are troubling legal pensions. In Northern California,Contra Costa Times columnist Daniel Borenstein reported the salary of the city manager of San Ramon (pop. 63,000) at $344,200, and then calculated the pension due this 65-year-old government official: $261,000 a year. And a local fire chief was able to “spike” his base pension to $284,000 a year.

But Alabama has its own share of the pension problem.  As of September 30, 2007, the unfunded liability for the Teacher’s Retirement System (TRS) Pension Fund was 5.2 billion.  That’s in addition to the 12.6 billion in unfunded liability for the Public Education Employees Health Insurance Program (PEEHIP) program.  Total tax revenues are down 22.9%, the education budget is in proration, and the projected budget shortfall for 2011 is $586 million or 8.3% of the total budget.

The bottom line is that our next Governor and Legislature are going to be facing some very tough decisions. They’re going to have to be realistic about where we are and what we must do.  We trust they will be willing and able to work out a solution.